More serious example About functional programming in PHP5 without waiting for PHP7 which BTW is still not enough functional.

I prepared few examples about refactoring PHP code from class to functional programming.

It’s another perspective, which give many benefits with going to the way where class is implemented as function with value typed over interface.

Class which is implemented by interface to say about data type

The interface BooleanValue describe which type of value is the result, which made function in PHP Class

It is not so nice to write a lot to have result which is in Python or NodeJS so easy to write, but this is PHP, he love talking a lot 😉
Movie about differents beetween Python and PHP 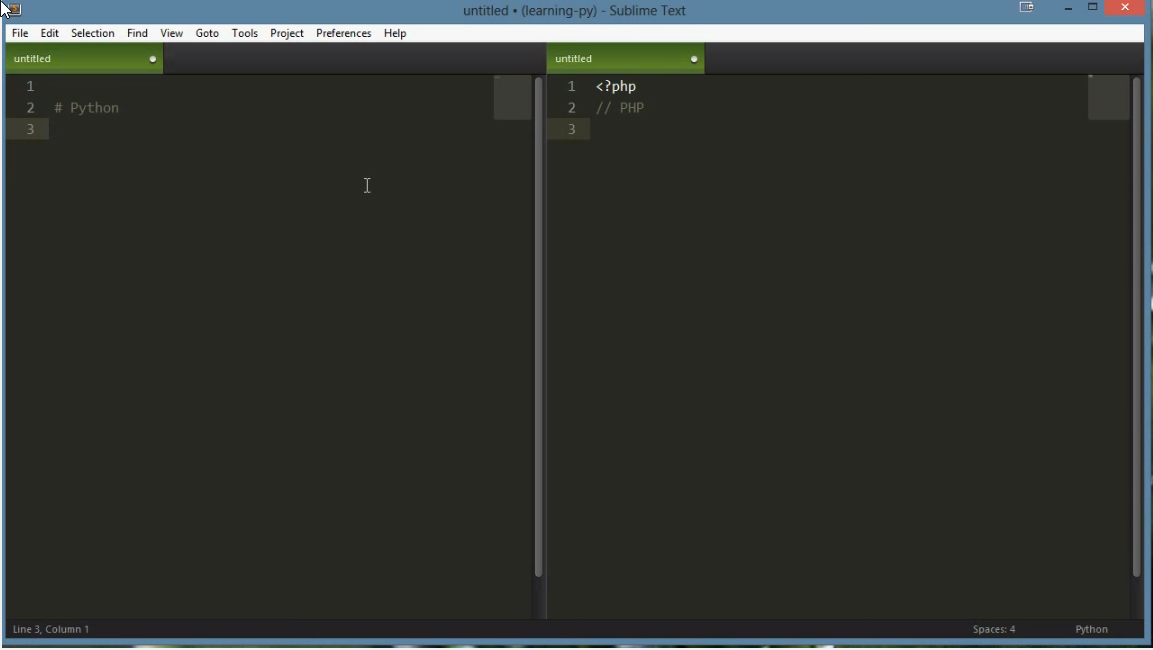 How You see I am using similary to way like with Design Patterns – Decorator, to dynamically add new functionality to class instances.

usage with function ‘echo‘ as command

usage with class SayThatIsLocalhost instead of ‘echo‘ command, try to catch if something will be wrong 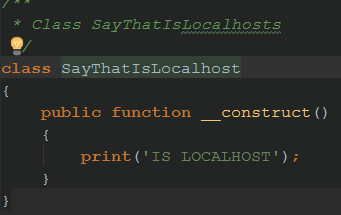 With the next class instead of simple php function such ‘echo‘, we have possibilities to extend whole system from many sites, without border such:

With example class SayThatIsLocalhost it is possible to easy extending the code, going forward by creating next classes. It is too easy to reause because function is just responisbile for one part of code, so simple such show some text.

What if is necessary to do translation?

just use another namespace, library, file during autoloading: 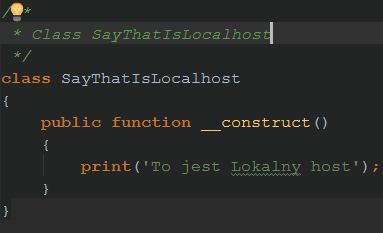 Or by using next Class to recognize which language is using by user: 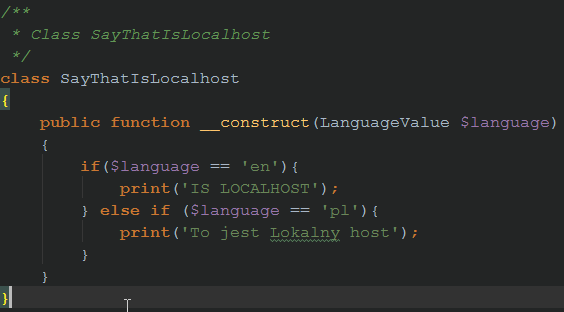 If will by some problem with empty Value $language, The PHP environment is responsibly to say about problems with data types. I showed differences based on examples between strong typing, which make more comfortable coding, testing and refactoring what give benefits above a standard coding.

To be honest, it’s not the final version and not the best solution, that why I am waiting for a feedback from Your site and  from Web … site 😉

I have been passionate about computers and programming for 10 years.
My first (micro) computer was ZX-Spectrum and the programming language was Basic.

Since 2010, I have been programming professionally, objectively and functionally in monolithic and micro-service architectures.

I am currently creating an ecosystem architecture at API foundation.

How to install and use Composer on Xampp serwer

How Pokemon can help You? Destruction in PHP.

I connect the expiriences with new ideas. I have been passionate about computers and programming for 10 years. My first (micro) computer was ZX-Spectrum and the programming language was Basic. Since 2010, I have been programming professionally, objectively and functionally in monolithic and micro-service architectures. I am currently creating an ecosystem architecture at API foundation. View all posts by Tom Sapletta

You can find out more about which cookies we are using or switch them off in settings.

This website uses cookies so that we can provide you with the best user experience possible. Cookie information is stored in your browser and performs functions such as recognising you when you return to our website and helping our team to understand which sections of the website you find most interesting and useful.

Strictly Necessary Cookie should be enabled at all times so that we can save your preferences for cookie settings.

If you disable this cookie, we will not be able to save your preferences. This means that every time you visit this website you will need to enable or disable cookies again.